If someone talks about queen, palace, prince, princess, duke, duchess, and any other royal-related words, our mind must be heading to one thing : the oldest kingdom that still lasts until today, The Kingdom of England. Pardon my narrow knowledge, before i went to Europe, i didn’t know that Netherlands also has a kingdom. Terribly sorry for that. 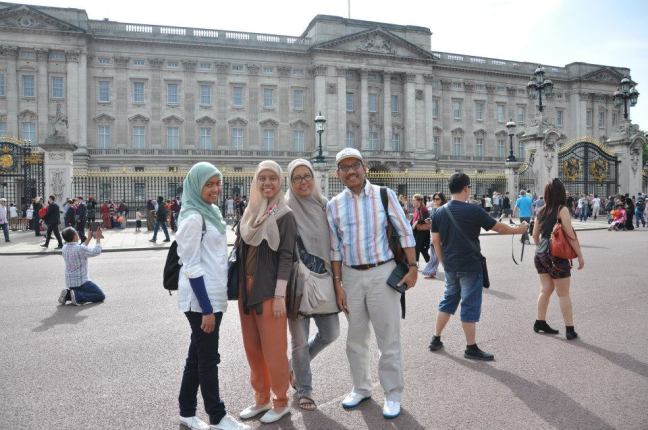 Buckingham Palace is very popular, not only for international tourist, but also for local tourist. Every summer, the palace is open for public, at the time when Queen Elizabeth is having a vacation to Windsor Castle (if i’m not mistaken). But too bad, it’s already full-booked when i got there so i couldn’t get inside. The palace has hundreds of rooms, immensely huge indeed. See how many windows are there? Oh, and if you come in the right time, you can enjoy the parade of changing the guard at the palace. Without any doubt, palace or castle hopping is an activity that one should never skip when traveling to the UK.

Drop me a line;