YouTube is basically our television now. Ever since I live in a flat with no television, YouTube has become the source of entertainment. Not only because several television channels also put the recordings of their show on YouTube but also because there are many interesting channels made by the so-called YouTubers or vloggers.

I chose watching YouTube because the videos are mostly short, around 20-30 minutes at maximum. So, when I get bored in the middle of my work (essays and now dissertation), I can watch a video for a while and then get back to my work. I can play it on my laptop or my phone. No hassle, no pop up ads, very convenient.

Lately, since the phenomenal Indonesian teenager’s lengthy confession video (I almost watch every single video of her), I have been suggested to watch many other vlogs from Indonesia. Out of curiosity, I watched some of them. Some are okay, some are boring, some are great. One thing I notice, most of them do not add value to our life and they have the same content. The Q&A session, the TMI tag, the room tour. They are basically the same and they do not enrich our knowledge. One thing I know more from watching those videos is about their life.

So, I decided that from now on I should watch more worthy videos on YouTube. I might still watch the daily vlogger’s videos but not as much as before. Guess what? There are also plenty of good channels on YouTube which will make us smarter. This way, I won’t feel like wasting my time on YouTube.

I found this channel just now. But this channel is great, especially for those who love traveling and learning about cultures. Basically, it’s a documentary channel. It brings up a rare yet interesting issue, like living goddess, bride market, and feminist cult. The videos are well created, it’s just like watching NatGeo Adventure. Love it!

Perhaps most of you have known that I’m very passionate at cooking. So, cooking channel is obviously one of my favorite channels on YouTube. This channel has plenty of videos, from recipes, tips, and how-to videos. What I love the most is the Kitchen Conundrums videos. Not only because the host is attractive but also because failure is inevitable in my journey of cooking. Kitchen Conundrums tells me why my brownies is not fudgy enough or how to make the perfect caramel. It’s really easy to understand and very fun to watch.

She’s my first beauty guru. I started watching YouTube because of here make-up channel. She’s also my idol because now she’s an entrepreneur too. Michelle has a lot of creative looks on her channel. Now she also creates DIY videos, travel videos, and non-beauty tips videos. Yet, her main content is still about beauty. I basically like the way she talks and how she explains the step-by-step in her tutorial videos. Plus, she’s really creative in video editing. It’s a whole new experience.

Yeah I know, probably most of you have known TED and you have acknowledged how good this channel is. The content is very diverse, we can choose a topic that we’re interested in. Most, if not all, of the videos are motivating and inspiring. TED is just so popular, it even came to my uni in Manchester to give a live talk several times. Just check this channel out if you haven’t!

Again, this is a culinary-related channel. But it’s not too specific on cooking. The channel is taking us on a trip to taste food from all over the world. It also has several how-to videos. But if you’re not that keen on cooking, you will have other stuffs to enjoy. This channel will make you droll.

Those are five excellent YouTube channels that I recommend.

But, I know we need fun too. So, here’s several fun channels to watch:

It’s a YouTube channel by Andrew and David, Asians who live in the USA. They make videos about plenty of things. From NBA, street style, to food. My favorite is the one about food. It really makes me droll. They’re funny and their videos are very fun to watch. Sometimes they got some useful tips as well.

This is an Indonesian channel. They’re pretty informative too, to be honest. The way they discuss something is different, funny, and unique. Sometimes in a sarcastic way but they wrap it in such way it becomes funny. The interesting part is that although I know it’s stupid (what they try to deliver on their videos), I can pretty much relate it to the real life.

You just won’t believe if this skinny Japanese girl eats a hell lot of food at once. Mukbang is a trending video nowadays (check out how Munchies cover this topic on it’s channel). It’s basically a self-video of eating food. Yes, the whole video you’re going to watch someone eating her/his food until it’s finished. There are many people making Mukbang but what I personally like about Yuka is because she eats A LOT. For example, six packs of Indomie goreng at once. Or 20 portions of doner kebab. Or 4kg of curry. Yet she stays skinny. Wonder why?

That’s in total 8 YouTube channels that I can recommend you. (Well, not to mention that I quite often watch Jovi Hunter’s, Chase Aime’s, Andra Alodita’s and Han Yoo Ra’s channel too..). I hope you now have some better options on YouTube. Remember guys, if we have to waste our time, we need to waste it wisely. 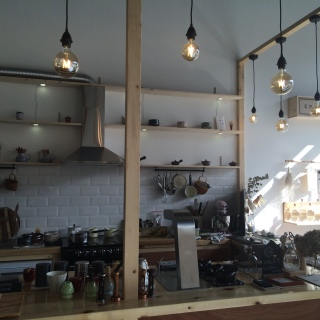 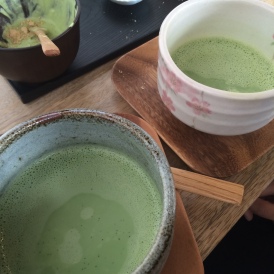 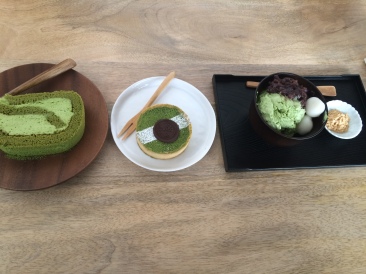 Ngeteh cantik sambil menikmati hujan gerimisnya Manchester, is definitely an experience that is sooo British 🙂 and here are some snaps just for you. 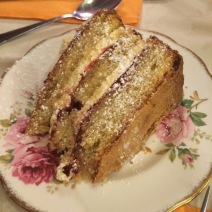 Drop me a line;